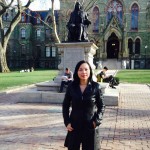 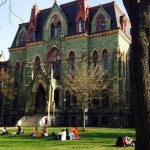 When I was young, Romantic poetry was popular in China; we read the Chinese translations of Percy Bysshe Shelley’s poems. I remember that everyone liked to quote his lines: “O, Wind, If Winter comes, can Spring be far behind?” We admired him as a passionate poet with charming lyrics and a revolutionary vision.

Yet in this fast-paced and cynical world, to teach and to learn Romantic poetry, especially long poems, presents teachers and students with extreme challenges. Most of us lack the patience and motivation for this. When I was preparing this talk, my fellow Chinese poets wondered if there was still an interest in this subject. They believe that Romantic poetry is out of fashion.

But preparing this talk gave me a great opportunity to distill my own thoughts and feelings of regarding Romantic poetry as a timeless blooming tree and helped me find its roots and fruits are all over the Eastern and Western worlds. Indeed, many generations have not only been enlightened by the great ancient Chinese poet LiPo and the Persian poet Rumi, but also have inherited the light from Shelley, Byron and Keats.

When I started writing poetry, I initially wanted to improve my English and have fun. But it turned out that poetry helped me in discovering my inner world and opening up the great world of imagination. My book editor Terry Barker often relates me to the Romantic poets. I hesitated to admit this. I thought that although I looked optimistic and Romantic, in fact, for me, poetry was a way of escape.

When I read the biography of Shelley and his poetry, I could not help reflecting on my own poetic development, the necessity of my poetry journey and also its history. I have learnt that Shelley’s vision was altered over time by the influence of society, science, and other movements. From his first major work, “Queen Mab”, we can see that he believed that through educated optimism and a visionary approach, the world could be changed into an ideal world.

When we look back at human history, we can see that a lot of movements were initiated by similar thoughts and beliefs. For example, the May Fourth Movement in China in 1919 and the Tiananmen Square protests in 1989. We can see that there was a similar idealistic motivation behind them. Like Shelley, young students cried out against the tyranny of all earthly authorities whatever. In Shelley’s next work “The Revolt of Islam”, which is an idealized allegory of the French Revolution, we can see his vision has altered. He recognized that the world is not ready to receive the new order where the social law of love prevails until people can reform themselves from the inside out. This is true for China. The Chinese leaders know how risky it could be if a sudden change takes place. Like elsewhere, the reform must be from inside out.

Shelley understood that democracy has a long history and deep roots in Greek soil and Greek mythology. He would like to bring this light to the movement for European Liberty through his long poem: “Prometheus Unbound”. Yet, he had little faith in the dependability of the common man and he knew from experience too much about the limitations of the public intellect. For Shelley, the nineteenth century political outlook was not hopeless, however. Whatever poetry could do to enlarge the hope or dispel the darkness Shelley set himself to accomplish. Shelley hoped that his visionary poetry was like a mirror which had the power to make his readers admire his idea of divinity, and from admiring it they would imitate it, and from imitating they would identify themselves with the objects of their admiration.

Reading Shelley’s poetry, we can see the narrator is himself admiring the transcendent nature to identify himself with the object of his admiration. This esthetic process – the awakening and enlargement of sympathetic perception, the growing desire to imitate, and the willed development of imitation to the stage of self-identification, lies behind many works of the Romantic poets. They pursue poetry as a source of hope. They believe that that hope will change themselves and others. I remember Emily Dickinson once said “if I can stop one heart from breaking, I shall not live in vain”.

With this kind of hope, I think Romantic poets enriched not only their own lives but that of others too.
In A Defence of Poetry, Shelley explained that poetry acts to produce the moral improvement of the man. As he said, “The great secret of morals is love; the great instrument of moral good is the imagination and the great strengthener of the imagination is poetry.” Thus, poetry can become the tool to heal, to change and to transform. Shelley thinks “a poet is a nightingale, who sits in darkness and sings to cheer its own solitude with sweet sounds; his auditors are as men entranced by the melody of an unseen musician, who feel that they are moved and softened, yet know not whence or why”. As Shelley hoped: Poetry lifts the veil from the hidden beauty of the world. Poetry acts as hope to save the world.

I believe this includes today’s world.