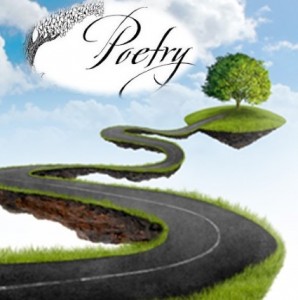 Thank you all for responding my calling of sharing two or three lines from a poem you like with brief comments. I would like to collect them and print them for our Haiku Canada Conference at UTM in May and also for 2017 West Chester Poetry Conference in June.

Here are my favorite lines:

Hope is the thing with feathers      —  Emily Dickinson
Begin afresh, afresh, afresh                        — Philip Larkin “The Trees”
Poems are not words, after all, but fires for the cold, ropes let down to the lost, something as necessary as bread in the pockets of the hungry. —Mary Oliver
and lines from “Self-Composed” by George Elliott Clarke in Poem in Your Pocket Day booklet 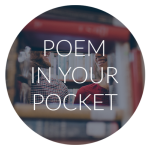 From Daddy, Sylvia Plath, 1962
I made a model of you,
A man with a black meinkampf look
And a love of the rack and the screw.
I think this is said to have been written about her husband, Ted Hughes, who was having an affair with one of their friends. The loaded word, meinkampf, telegraphs the hatred she felt as she wrote and, given the circumstances, the next line may have been fashioned to shed a very bright light on what she knew was happening.
-sent by Audrey Ogilvie

from ‘Spring’ by the fabulous Edna St. Vincent Millay:
Life in itself